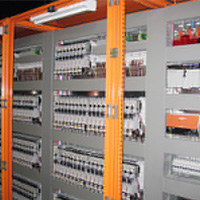 A load cell is a device that falls under the category of a transducer. This transducer creates an electrical signal directly proportional to the force being measured. Hydraulic load cells, pneumatic load cells and strain gauge load cells are good examples of the load cell.

Automation has a dictionary meaning of the technique to make a system operate automatically. Research and development in the fields of mechanical, electrical, pneumatic, and computers have enabled the world to move towards automation.

The introduction of automation has proved to be cost effective in the majority of the fields it has been introduced in. Improvement in quality, accuracy and precision has been achieved with the reduction of labor costs, material costs and electricity bills.

Some examples of such implementations are

The durability of a USB flash drive is checked by a motorized insertion and extraction test. An automated load cell allows the engineers to configure a test stand that quantifies the exact force needed to insert and extract a USB.

Robotic arms have been a revolution in manufacturing industries. The industrial robots have allowed to make assembly lines far more effortless and reliable. The arm is equipped with a full bridge strain gauge based sensor and operators. These operators send clear signals to the logic controllers that govern the assembly line.

The application of reaction wheels is one of the most efficient methods to control the satellite altitude. The scale on the reaction wheels make them an ideal choice for altitude control systems in a cube sat. A small torque is created which changes with time. This keeps the communication antenna pointing towards earth or any subjected star. The response time and torque can be measured using an automated load cell.  The values are recorded and the system can then be adjusted to produce the ideal results.

The touchpad on a laptop or any similar electronic devices is the most sensitive part of the device. The sensitivity of the pad is scrutinized for an ideal performance. To test a touchpad, a load cell is fixed into a testing actuator. This actuator will run cyclic tests and record feedbacks. It will then be quantifying the magnitude of force which will simulate a response from the touchpad

The verification testing of a Hydraulic or Pneumatic press is a vital requirement in the automation process. A USB based output allows the operator to verify the uniform loading of a large platform. Each load cell in place functions as a monitoring point within the system.

Measuring and maintaining a pressure is a major requirement in many mechanical based systems. Differential pressure sensors can be used to monitor the ratio of fluid gas within a pressurized vessel.